from Songs of innocence

you’ve been running for a long time now, have you read the book by haruki murakami “what i talk about when i talk about running?”  in it murakami says that a novelist’s greatest qualities are talent, then focus, then endurance. do you think this is true of your own work?

the book by mr. murakami is a bible of my running life. the qualities he mentions in the book are just so true. “patti has always been part of my universe,” demeulemeester has said, “but i don’t want to vulgarise our contact, which is really magical and beautiful. it’s almost sacred to me, which is why i never talk about it in the press. please don’t reduce our friendship to a trouser or a skirt.” (oyster magazine)

“happy rimbaud’s birthday,” patti smith said to a scrum of journalists, as she walked into her exhibition at the Wadsworth Atheneum, in hartford, connecticut, yesterday. the french poet arthur rimbaud would have been 157. ms. smith has been celebrating the day for 47 years.

she was wearing black glasses, black shoes and a long black jacket, which was designed by a friend, the belgian fashion designer ann demeulemeester, she said, pointing to her in two of the tiny black-and-white photographs that lined the galleries.

nearby was a long replica of the wooden litter that once carried rimbaud, stricken with gangrene in one of his legs, down a mountain in ethiopia and hundreds of miles to a boat bound for marseilles, france, where he sought a doctor. tatsuro took the ‘illegal’ trip of crossing the border between china and tibet in order to spend two weeks in a buddhist monastery, where amongst spiritual teachings, he learned over 200 ways to fold robes. not only did this introduce the “blood red” colour way into collections, it gave a new dimension and deeper sentiment to a brand which sees itself as “contributing to a person’s total life-style” – giving valid reason for the rugged way in which it views the world. 2008 saw the brand make its debut in paris, the ideal setting for the avant-garde style which tatsuro describes as “the tailoring of a vampiric dandy and the draping and simplicity of a monk”.

from the start of your career, you’ve always been working and experimenting with the different depths of black. why are you so fascinated with this particular tone?

to be honest, apart from black, i’ve never worn any other colors in my adulthood. black has a lot of meaning in life. for example in the city, black can be worn in a lot of scenarios. you can see it as a pure color as one can wear it in any situation.

is the concept of zen a crucial element to your work?

definitely. the idea of zen and its sculptural and architectural influences have made a huge impact in my work and lifestyle. yin and yang is also of huge importance to me. on one hand, zen represents an important part of my life and on the other hand punk and hardcore music also have their place. both are extreme opposites but yet they come together in harmony in my work. this shop was also created to reflect the idea of zen, but together there are punk elements within the space.

how do you see designers such as yohji yamamoto, who is also inspired by zen?

i very much admire yohji san and also rei kawakubo of COMME des GARCONS. both have had huge impacts to the fashion industry and also changed the way we see fashion today.

what is the perfect tone of black?

the perfect black is the deepest black. a black that has depth and nuances.

“where the light brightest, the shadows are deepest.”

light and shadow, life and destruction, knowledge and ignorance, silence and sound. the universe changes, following the continuousalternation of opposites, in a perpetual mutation going from one state to another, acquiring at every time more complex features.

but it’s in the coincidence of opposites of the ineffable infinity that the secret essence of things is reveiled.

totally uncommon for the contents and for the importance of the contributors, the event qualifies
itself as a moment of reflection deeply zoomed on nowadays subjects, with protagonists two of the
most innovative fashion designers in the international scene: the japanese issei fujita, brilliant
creative mind of lumen et umbra, and boris bidjan saberi, edgy revelation of parisian runways.
on the wake of the best japanese tradition, fujita evokes the strength of matter, working on live,
organic fabrics, ready to express the energies of zen cultures through the mastering of “lights and
shadows”, as the name of the brand goes. saberi combines the tones of the post-apocalyptic
fashion with a mood balancing between the west and the middle-east, enriched though with
suggestions of media products, such as movies, music, videogames, manifested in an incredible
modulation of volumes.

since years we have been hearing talking about “concept”, they all have a “concept”, we do not work on a concept but about on and about ourselves. our life is our concept. (issei fujita za le paradox)

i think that the lost explorer is all about film – moving film. as a photographer i think that the two meaningful books are pictures and story teller. but then, as a filmmaker, there’s a totally different process because you’re working with a complete story. when you work as a photographer you’re working more with a mood and with a suggestion of something that enables the viewer to be able to put themselves in to the picture and imagine themselves in that situation: that’s what i think the human element in still photography is. with film you have to be a storyteller and not stray from the story; you have to be very, very specific – that’s what that film was about. (tim walker)

i find the word ‘art’ a little bit self-congratulatory and i find it uncomfortable: i’m a photographer. art isn’t decided at the moment it’s made – a lot of people would disagree with me, but i think time decides what art is. the most unlikely things become art. for me to say, ‘this is art photography,’ i’m just not that sort of person; this is photography, this is me playing with a camera. call it what you will but i would call it photography.

everyone’s talking about things as art and i think time decides. so I can’t answer that – i think time answers that, or we’ll answer that in the passage of time. i think some photographers have become art, someone like dianne arbus, because time has passed and there’s an emotion she’s captured as a photographer. you can call her a photographer but you can also call her an artist. but she would never have called herself an artist. avedon would never have called himself an artist. (tim walker)

“i’m fascinated by all fields of design, design as an approach to society, people, life. even if it looks like what i have done has become fashionable, fashion to me is like the wind, i like to stay constant. i put my mind to making a product that people enjoy.”

i’m not sure whether this concept is in fact “oriental. what i mean is that from ancient times, in greece or in africa, every culture has started [making clothes] from a single piece of cloth, or skin,and even now, in india,a single piece of cloth is simply wound round the body.one of these “pieces of cloth” is the kimono,which has been highly refined. one aspect of the kimono is that, in a way, it’s extremely sensible. then there’s cloth, the human body,and the motion of the two. from having been developed for so long,the kimono has come to be identified withthe phrase “a piece of cloth.”but in relation to the concept of “a piece of cloth,”design is what i want to focus on long term,and something i want to develop overas long a period as possible.when i grow weary with where i’m going,or when i stumble, i’ll return to the theme of “a piece of cloth.”i feel happy about that because it gives meanother direction to go in. i think there’s a differencebetween an individual point of viewand what can be achievedwhen we talk to designers or others. in the 20th century we became used to the idea of scientificand commercial developments shrinking our worldand giving us conveniences like the internetand car, which we take entirely for granted. but i have the feeling thatthey could do us a tremendous amount of harm, too. so, design work should certainlynot be a matter of designing something,turning it into a product,then simply introducing changes and modifications. a new approach will be the basis of design in the future, i think. we must think more aboutsociety, living, and enjoyment or happiness. otherwise, our work will become extremely difficult. another thing is that the 20th centurywas an era where everybody was very fond of categorizing things.we’ve been gradually breaking down those categories,and in my opinion it’s essential for different kinds of people get together to work, and for people sharing the same world to think and talk to one another about a variety of things. (messages from issey miyake, the laureate of 2006 kyoto prize , arts and philosophy) 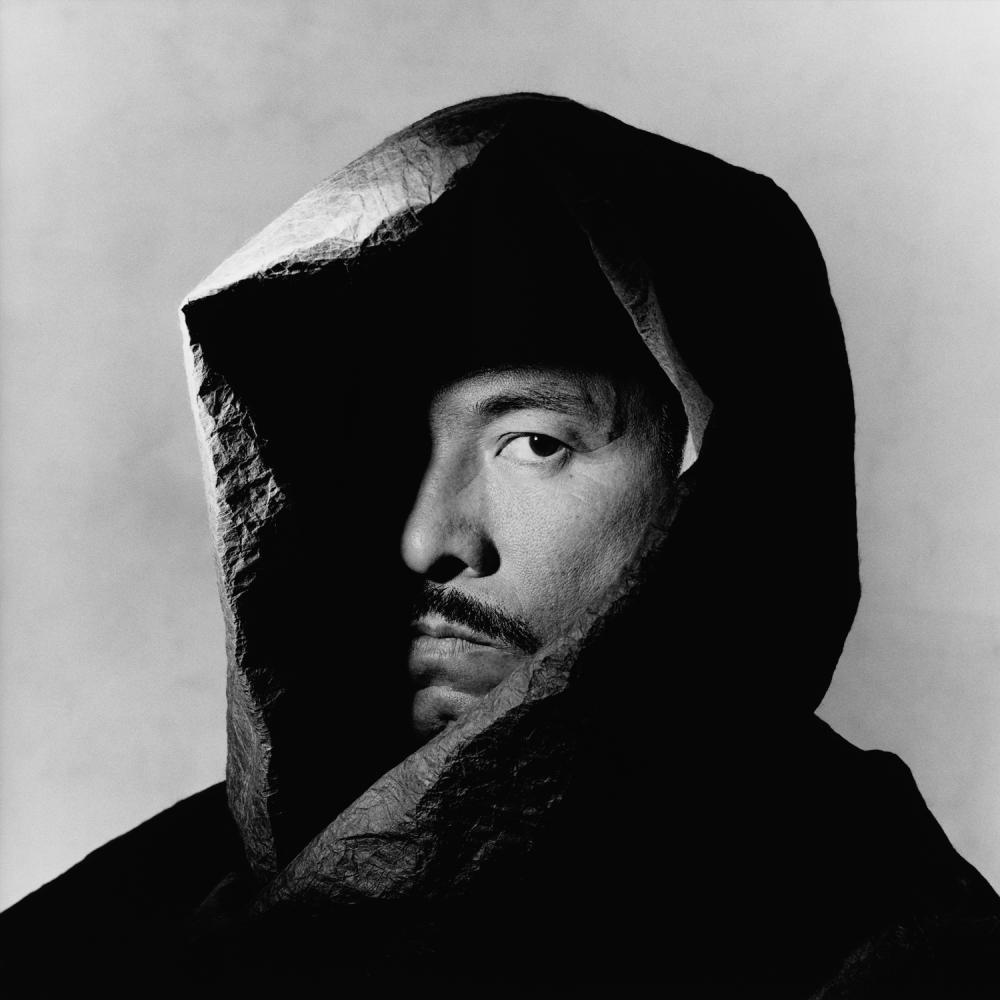 “i don’t make gorgeous clothes, i don’t believe in them.”  (miyake)

“i  have never called myself a fashion designer” (issey miyake)