“someone else’s vision will never be as good as your own vision of your self. live and die with it ’cause in the end it’s all you have. lose it and you lose yourself and everything else. i should have listened to myself.” – georgia O’keeffe 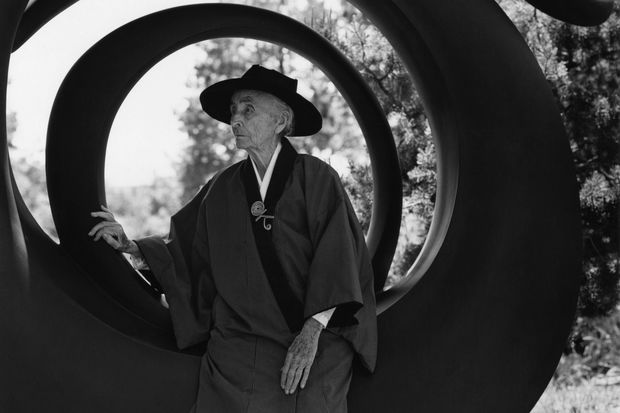 “people are very beautiful when you pay attention to them.” elisa goodkind 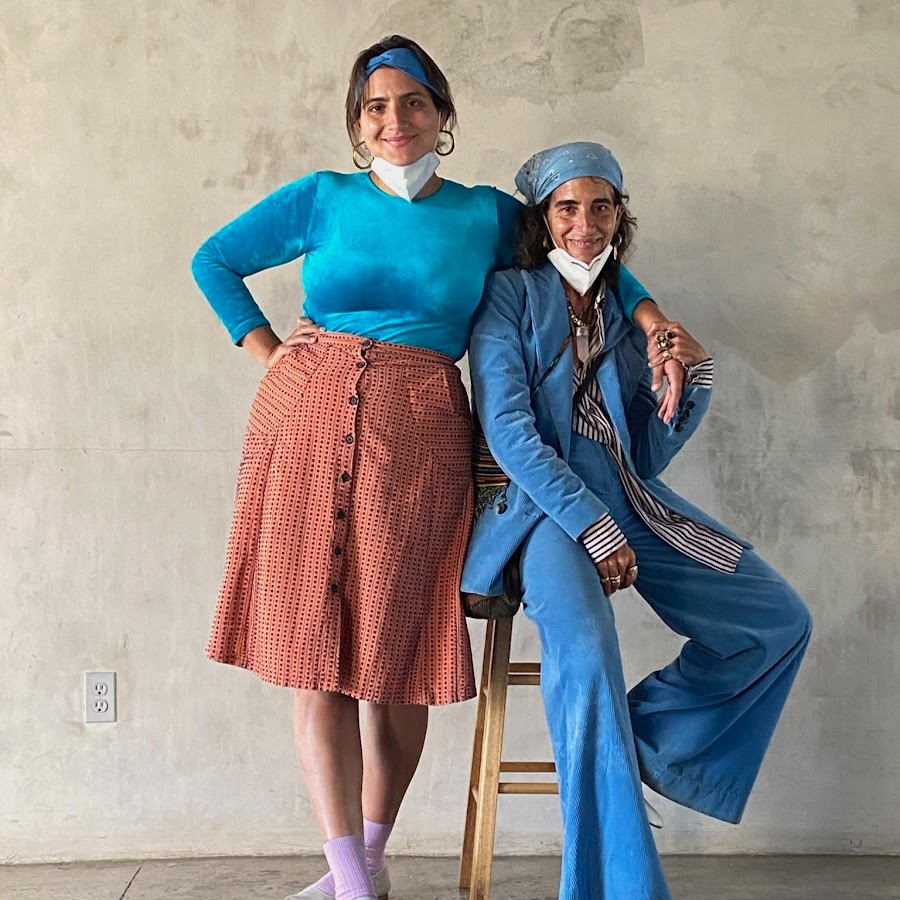 “being ‘stylish’ is not synonymous with being young, rich, thin, trendy or famous. it is not about having a designer label or an ‘it’ bag -true style is a reflection of the nonconformist spirit of the person underneath the clothes.” (elisa & lily) 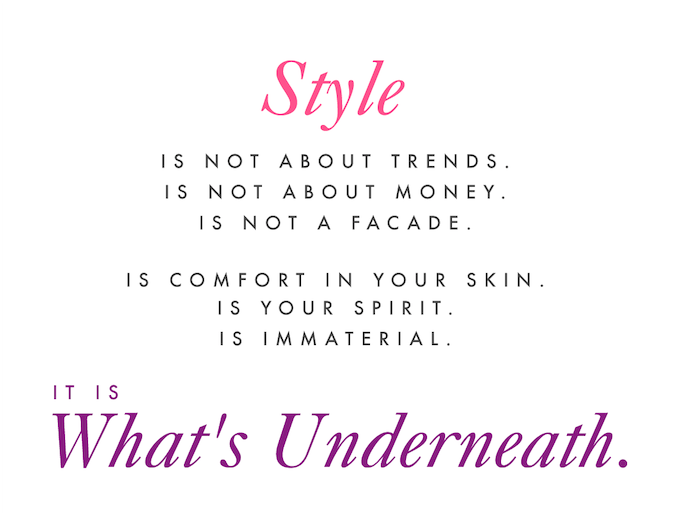 “in your body is a good place to be.” (beatrix ost)

“the shift to the avant-garde labels that I am wearing right now was in 2007 or 2008. i started hanging out at k.h. comme des garcons everyday. the owner, kurt, he is a crazy dude. the first time i came in he said, ‘sorry, you can’t shop here right now — go home, do your homework, and then come back. kurt always says, ‘these clothes have soul as opposed to mass products.”

“korean culture is based on confucianism, which is about the value of academic achievement. there is a saying in korea that is, ‘you should treat the teacher equal to the king.'”

“you will not find most of these brands [boris saberi, paul harnden] in the vogue magazines. these brands aren’t advertising. they are not giving their clothes for shoots or editorials… i like to be kind of different when  i wear my clothes. people look at you, and they cannot evaluate you. they ask me, ‘oh, are you a jewelry designer?’ i am like, ‘no, i am a lawyer.'”

“the most democratic place in the world is the gym. you are in these sweaty sweatshirts and t-shirts, and you all look the same. when you get out of the gym, and you see a person in their regular clothes, it is a totally different person. that is the moment when you can actually see, ‘oh, clothes make the person.'”

“youth is the most significant aspect of how the culture breathes. the great experimental lab of global youth isn’t such an experiment anymore — spreadsheet guys run the global fashion industry and they do not care about culture. the media is a continuous propaganda: buy into our illusory and elusive world — our parties, our brands, our life style — and you have made it.” (steve oklyn)

steve oklyn does not come to his blog unarmed. he is an encyclopedia of every meaningful, monumental cultural figure of the past 50 years (many of them he knows personally) whose frenzy to contribute something of consequence to the world far outweighed the end game of fame and profit. through not vogue’s eyes, my mind has been opened to what my heart has known: we need to wake up to our revolutionary purpose, believe in things larger than ourselves, stop consuming indiscriminately (what you buy is your vote), smite this me-me-me apathy, and scream for what matters — the ability to unite around our differences and come together to make a world that embraces counter culture, not over-the-counter culture.

jep gambardella: this is how it always ends. with death. but first there was life, hidden beneath the blah, blah, blah… it’s all settled beneath the chitter chatter and the noise, silence and sentiment, emotion and fear. the haggard, inconstant flashes of beauty. and then the wretched squalor and miserable humanity. all buried under the cover of the embarrassment of being in the world, blah, blah, blah… beyond there is what lies beyond. and i don’t deal with what lies beyond…  (la grande bellezza)

i još knjiga i njega samog:

“I started out as an amateur and I want to remain one as long as possible. I love not knowing where I’m going,” he says. “I love folding a hat made of Japanese straw in a new way and seeing where that leads. Like surfing, you never know when you’ll end up in a new place.” (man of the world)

My wrists are rivers my fingers are words… I was nineteen or twenty when the photographer Bruce Weber turned me onto Charles Bukowski with some pieces from Notes of a Dirty Old Man. It made an impression but it wasn’t until a few years later that I really found him. An Australian girlfriend and I were renting a place on Glasgow Avenue in Bondi from an Argentine with a small but very good library. Unfortunately it was all in Spanish. All but The Last Night of the Earth Poems by Charles Bukowski. In the original Black Sparrow imprint of John Martin. Despite reminding me of the away jersey of the Chicago Blackhawks it was a gorgeous looking book. I read it and read it and read it deep into the night, the cockroaches turning the kitchen counters a mass of trembling black, dissolving like an apparition when I flicked the lights on to fill my wine glass.

The sun slants in like a golden sword as the odds grow shorter… Unlike say T.S. Eliot and those of his ilk whose poetry by comparison is an elaborate game performed for the literati, Bukowski is a poet of the vernacular and anti-pastoralist par excellence. Basho, a 17th century Japanese poet and influence of Bukowski also wrote for the masses in everyday language. “As I look back over the many years of my frivolous life, I remember at one time I coveted an official post with a tenure of land and at another time I was anxious to confine myself within the walls of a monastery. Yet I kept aimlessly wandering on like a cloud in the wind… it is because I believe there is no place in this world that is not an unreal dwelling.” Bondi became my Austral Asian city of lost angels and the Last Night poems my first apprenticeship to the way. I had no papers and picked an old 10-speed bicycle with maybe three working gears from the garbage that I used to get to sites all over suburban Sydney where I worked a series of laboring jobs alongside Czechs and Irish and English and Greeks and Canadians. Whatever money was left after the rent I spent on booze and books and houseplants.

In the shadows of the rose… After the girlfriend I lived on the couch and then the attic when it became vacant of a fifty-something fille de joie who rented rooms to strapping young men for fifty bucks a week or something. The closest I ever got to living in a flophouse, an arrangement highly recommended by Bukowski. Looking back, it was all a grand role-play, a terrific mask that I wore for the dance of the word. And it was all that mattered. The word, as Hannah Arendt says, “reveals the meaning of what otherwise would remain an unbearable sequence of sheer happenings.” Bukowski instilled in me the heroic ambition to no ambition but the escape from the unbearable sequence of sheer happenings. Just you and the word. Oedipus in the lap of the Sphinx. You must open your wrists for it everyday.

Inspired by the hobos of the sea and their poetry, Thaddeus O’Neil is American surfer chic. Premium playwear with aloha. Sincere, offbeat, and playful, the debut SS 2014 collection features brightly contrasting color-printed trunks and relaxed separates, and limited edition hand-dyed indigo kimono pieces for après-surf. Made by hand in New York City and Japan, each garment is of the highest quality construction and content using only the finest silk, linen, cotton, and pure Japanese indigo.

The Thaddeus O’Neil man understands through feeling and comes to know that true luxury is the touch of nature and real refinement born of our creative movement within it.

Thaddeus O’Neil did his Masters in philosophy and spent the next several years traveling, surfing, photographing, writing, drawing. Wherever he arrived – Africa, South America, Indonesia – he would be captivated by the local people, their way of being, and their dress. He settled in Australia for a spell. They call it lucky country and he found this to be true. He tripped over his love and delight there, the model Pania Rose. They live together in New York’s Lower East Side with their son, Cas. They have two dogs, Hemingway and Shirley, and a cat called Teddy Boy. He is a lifelong surfer of the beaches of Fire Island New York and surrounds, and his eponymous menswear line is inspired by this special relationship. His poems, short stories, and photographs have appeared in L’Uomo Vogue, Pop Magazine, Vogue Hommes International, Details, Cent, Hobo Magazine, and Riot of Perfume, among others. In addition to launching his debut SS 2014 menswear collection, he is presently at work on a mixed-media performance piece about genderless ghosts, shanties, ritual, and the movement of language and bodies in the sea.